Started on two fronts in the Spring of 2002.

Firstly as an assistant to help churches to transition to Data projection from the old OHP systems. I was also able to provide and install church service management Software. Within a year I’d Designed and had built my Multimedia Trailer which along with a 16ch Stereo PA system, silent running 1kw and 2kw generators allowed me to run Easter Sunday sunrise service with words projected onto a 67ins Rear Projection Screen on the rear of the Trailer  from a Data Projector. Data and Sound were run from Rear of my pickup truck. 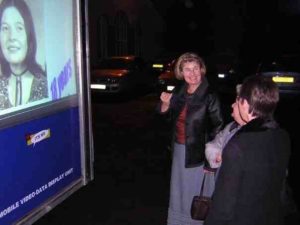 Secondly were my friends in the Deaf Community who had no easy way to Resolve problems with their ISP’s.  Before long I became a Joint name on their contracts so I could fight their corner. Seventeen years later I’ll get a text message from an unknown number asking for Help. These jobs give me joy as I can use my hands to not only fix a problem BUT communicate the reason it had failed and how we had restored it to working order. I believe that if the problem and fix are explained properly they will learn that the systems are in NO WAY as complicated as they think and that WE have been Designed better than our computers.

Over the last seventeen years Carl and I have done a number of Parties, Weddings, Graduations (including P7 to secondary/grammar schools and others) BIG Birthdays. We’ve played in Barns, Youth Clubs, Schools, On Scrabo Hill, at outdoor BBQs, in Hotels in Co Down, Armagh and Antrim and then there was Stormont both the Hotel and for a 21st Anniversary of a Birth Day not in hotel but the 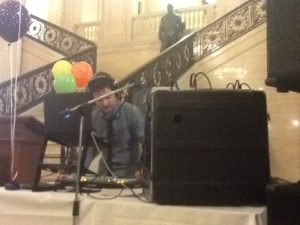 GREAT HALL of the THE HOUSE ON THE HILL went on years later to do the birthday girls Wedding Reception.   At present we’ve bookings for 2020.

In recent years we’ve been involved in CD recording and production,  Remote Sound Processing over IP on the Audio end.

With Design and Poster Printing for A3 up to  3ft deep by 22ft long on plain Paper. A4, A3, A1 on sheet or card, and plain 50mtr paper rolls 2ft, 3ft and 3ft6ins. Printing available on 2ft wide roll photographic paper both Gloss and Satin.

ITS ME is here to make that event Special.